VIRUSES THAT CAUSE INFLUENZA AND OTHER RESPIRATORY DISEASE 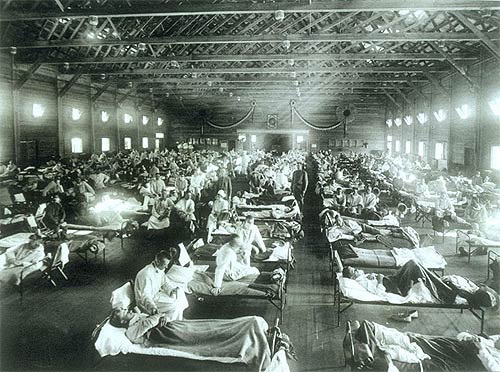 Influenza, an infectious disease caused by the influenza virus, has been affecting humanity for long. Symptoms include acute respiratory problems. Historical sources mention epidemics where a respiratory disease followed by severe complications and high fever spread quickly and massively from a given geographical area. These epidemics typically lasted for a couple of weeks then vanished as quickly as they appeared. The first written record originates in 412 B.C. and is attributed to Hippocrates, one of the most famous doctors in ancient times.

While the influenza had caused millions to die in the past centuries, it culminated in a pandemic between November 1918 and February 1919. The so-called Spanish flu demanded the lives of over 20 million within just 4 months – much more than World War I. The epidemic required more intense research into the pathogens. It was discovered in the late ‘30s that chicken eggs pre-incubated for 8-11 days are perfectly suitable for propagating influenza viruses. The propagation of influenza viruses became much more simplified and effective with the help of media cultures discovered during the ‘50s. Thanks to the electron microscope, the viruses became visible to human eye by the end of the ‘50s. 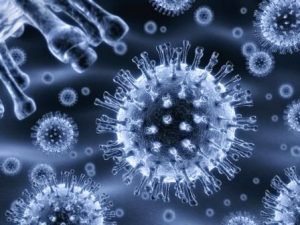 The Orthomyxoviridae are a family of RNA viruses made up of two types: the Influenza A and B, and the Influenza C genera. Their significance is marked by their ability to cause the most extensive pandemics even today. Pandemics (1889, 1918, 1957, 1968, and 1977) are caused exclusively by serotypes of the type A viruses whereas epidemics are due to the type A and B. Influenza C virus causes only rare cases or local epidemics and are characterized by mild symptoms especially in the case of children. Influenza A can infect humans as well as animals (more significantly, waterfowl, swine and horse), Influenza B infects only humans, whereas Influenza C was isolated primarily from humans but also from swine in China.

The symptoms of influenza include high fever up to 39-39.5°C, malaise, initially mild respiratory problems accompanied by back and limb pain, headache, and sensitivity to light. Fever usually lasts up to 4-5 days. Respiratory symptoms might prolong. Malaise, sweating, and fatigue might last for weeks. Complications might include pneumonia caused by the influenza virus itself (primer pneumonia) characterized by fever not subduing for over 3-4 days, deterioration, heavy breathing, and bilateral lesion in the chest x-ray.

Due to the high mutation rate of the influenza virus, new virus strains with different antigenic structure emerge, which is called antigen drift, thus immunization cannot be upheld for subsequent years. 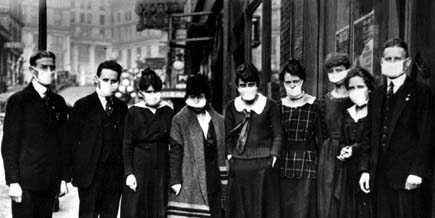 As a result of the antigen shift of influenza viruses of the same type but having different antigen structure, new reassortant will emerge. No similar process can take place with regard to different types. Usually, such new reassortant influenza A strains are responsible for severe pandemics. The first pandemics recorded relatively precisely took place in the 1500s. It started from Asia and spreading through the summer it reached Europe, North-America and even Africa. There are descriptions of three influenza pandemics from the 1700s and two cases from the 1800s. Four pandemics were recorded in the 1900s:

Due to the continuous changes in the virus genome, the extent and the target population of a possible pandemic is still unpredictable. Since the epidemic significance of the influenza virus is rather high, vaccination is given high priority in the prevention of the illness in the risk group (people suffering from chronic disease, and people over 60 years of age).